To my knowledge, a novelist has never before detailed the step-by-step journey of a personality from the time of physical in death in one life, through its metaphysical adventures in the realm of Spirit, and then back to the personality’s physical reincarnation in a fresh body and life. Through past life regression therapist, Dr. Minnow Saint James, I’ve done just that in Going and Coming.

Maybe that’s why Blue Paramour co-authors Lignon and Maine called Going and Coming, “a unique novel, sure to entertain.” 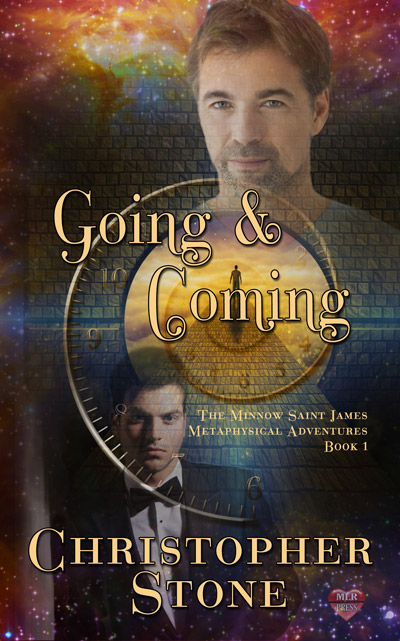 But Dr. Saint James, Minn to his friends, did not always hold metaphysical beliefs. He was born into an affluent, highly conservative, atheistic, Beverly Hills family, and raised to believe only what his five physical senses reported.

In 2001, after receiving a doctorate from UCLA, Minn opened a highly successful hypnotic regression therapy practice in Beverly Hills. For the next six years, he enjoyed his success, and then a patient spontaneously and unbidden regressed herself to a past life she had led in Eighth Century Coba. The event turned Minn’s world, inside out and upside down, making him question his entire worldview, and ultimately, transforming him into the metaphysician he has become.